What are some factors in regulating corporate action and transparency on human rights risks across supply chains?

Today I present* to an Australian parliamentary enquiry into whether the country should adopt legislation similar to the UK's Modern Slavery Act 2015, in particular s. 54 of that Act, which requires larger UK firms to publish a statement on whether they've taken steps to address human trafficking and forced labour in their operations or supply chain.

I've included a link below to the full written submission that I speak to (and 200 or so other submissions from government, businesses and industry groups, civil society and others).

This post is to make 5 general reflective comments, briefly:

1. 'Great expectations': many submissions over-state the regulatory reach and effect of both a government such as Australia and large companies in respect of their supply chains. While advocates want to draw the 'business and human rights' paradigm into service in addressing many of the imbalances and inequities of the globalised production system, we need to keep perspective. Legislation addressing 'modern slavery' in Australian corporate supply chains is important and can have some practical and messaging effects. But the phenomenon reflects deep governance capacity and incentive problems in developing countries. Such problems cannot be 'fixed' by even the most comprehensive and sophisticated regulation in investor-sending countries.

2. 'Definitions matter': while many submissions address problems in labour conditions here and abroad, 'slavery' is not a term to be bandied about in the hope of larger reform to such conditions. It reflects the oldest, strongest-pedigree norm in international human rights law. It is not to be diluted, tempting as it is to recruit the rhetorical power of 'human rights' in service of all sorts of campaigns.

3. 'Government lead': any requirement that large firms address these risks in their supply chains should arguably also apply to at least large federal government procurement behaviours, if only because government must lead by example. This much is clear from Pillar I of the 2011 UN Guiding Principles on Business and Human Rights, unanimously adopted by UN member states on the Human Rights Council.

4. 'Compliance tunnel vision': we should aim at regulation that encourages and incentivises all stakeholders to work together to prevent and remedy these complex problems. Legislation that creates highly process-focused requirements has the risk of diverting attention to narrow procedural cultures of compliance, which become 'rituals' of their own (Charlesworth and Larking 2010-2015, developing John Braithwaite's work) and become the point of the exercise -- rather than solving the underlying problem.

5. 'Messaging': related to (3) above, it is cost-free for government simply to state its expectation that businesses will comply with human rights standards and remedy their breach where established. This does not sound like 'regulation', but such messaging may be the most importand and influential form of influencing corporate conduct, and signalling the possibility of intervention in future.

* I present also on behalf of Justine Nolan, co-author of our joint submission to the enquiry and a leading scholar in this field. That submission can be found on the Enquiry's website, here. For the Enquiry's Terms of Reference, see here.

PS: for a recent blog post I did on this issue in the Australian context (but making more general points), see here. 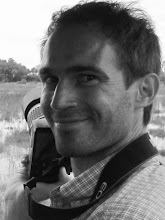